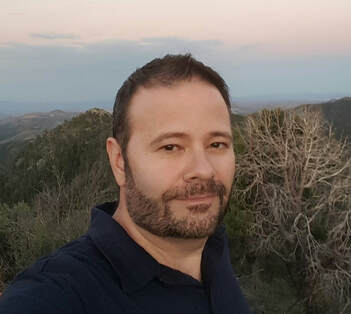 Michael Combs is an author and licensed massage therapist. He attended the University of Arkansas at Little Rock and is a proud member of the Kappa Sigma Fraternity. Raised in Arkansas, he began writing at sixteen and has received numerous awards for his poetry. Now he has turned his primary focus to fiction.

Whether it involves months of research or traveling to the locations he writes about, he embeds himself into his writing. Unlike many authors who require silence when writing, Combs writes to music and has a soundtrack for each book, giving his work a unique flow. When asked about his writing, Combs likes to describe himself as a storyteller, having lived a remarkable life that has given him abundant writing material.

Besides Arcturus, Michael’s writings include: Lost Boy, Lost Boy: Brace Yourself, The Long Road Home, and Twice Upon a Time.
Lost Boy: Brace Yourself continues the Lost Boy Series as Mike faces more challenges finding his place in the world. Just like the title says, brace yourself. for along with his friend Keith the laughter is non-stop, and neither is his love for Gabi.
The Long Road Home is a story of returning home, dealing with loss, and finding true love. A woman discovers her heart, and an outlaw biker must decide how far he will go to heal his own.
Twice Upon a Time is a love story taking place between 1890s Paris and 1990s New Orleans. It is not a once-upon-a-time story but rather a story of soul mates, about hope, life, dreams and love – a belief love can return…twice upon a time.
Coming soon… Twice Upon a Time